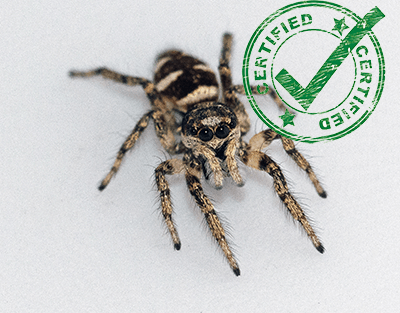 After what seems like the longest winter, spring is finally starting to show its’ self in Canandaigua NY. I was doing some spring-cleaning the other day and came across one of those super flashlights that I had purchased the year before but never even took out of the box. Be aware there are different spider pest control companies out there.

Now we all have at least a couple of these types of items around the house that we just buy because we think we will use it all the time. Or how about when you are at the store and in your mind you say, “Just in case, I will have it”. We have all said something alone those lines to ourselves.

So as I tried to remember why I bought it in the first place I decided to take it out of the box. I did want to try it out after all. As I took the flashlight out of its packaging I headed out to my back yard, which I was doing a major overhaul. When I say overhaul, I mean that all the grass and dirt was dug up across the whole yard. As I stood on my patio I looked into the nice crisp night.  Nothing seemed to be stirring in the dark but boy was I wrong. The second I turned the light on, all I could see was what appeared to be diamonds shining all over the yard, no matter where I pointed the light, all I could see was the dirt sparkling.

Quick Fact | New York State has 48 unique species.  The Yellow and Black Garden spiders are considered the largest in the state.

At first I didn’t know what to think but after a couple minutes I wiped my eyes turned the light off and on a couple times only to have the same results. I was so confused and intrigued that I had to go get my wife. I made her put her shoes on and come outside. When she tried she saw the same thing. We both stood there puzzled but the curiosity got the best of us and we had to inspect. As we got closer to all the shiny objects they all started to run (so much for those diamonds) and disappear. Thankfully we were able to put that super light to good use and spotlight one of the moving pest and much to our surprise there was this wolf spider staring at us. With the area getting disturbed this was like a playground for these guys.

Spider Can Be Scary – We Are The Spider Pest Control Experts

Wolf spiders are members of the family Lycosidae, from the ancient Greek word λύκος” meaning “Wolf”. They are very robust and agile hunters with eyesight that can catch any predator. They live mostly solitary lives and hunt alone. Some are opportunistic hunters pouncing upon prey as they find it or even chasing it over short distances. Some will wait for passing prey in or near the mouth of a burrow. Many if not most spiders have eight legs and eight eyes, but the wolf spider’s eyes are different than other species’ because the wolf spider has reflectors in its’ eyes. Even though there are many different varieties of wolf spiders, they all have reflectors in their eyes. This pest are brown in color and can reach well over an inch in length. Wolf spiders are venomous, and poisonous. Their bites can be painful and may cause health concerns.

If you discover spiders, ants, bees, mice or other pest in your home, contact EnviroPest Exterminators for immediate relief. Our certified team is educated in the most advanced pest control protocols. We are equipped with the state-of-the-art resources necessary for complete eradication of these pests.  You can also sign up online or call. We’re the exterminators NY trusts and we look forward to discussing your issue.